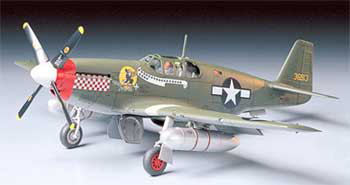 This is a Plastic 1/48 P-51B Mustang Airplane from Tamiya.

The first Allison powered P-51's were good airplanes but lacked the high
altitude performance to be effective bomber escorts.  That changed when the
basic P-51 airframe was mated with a Rolls-Royce Merlin engine to create the
P-51B.  Tamiya's rendition of the Mustang builds up into an impressive, highly
detailed 1/48th scale replica with accurate interior and exterior detail.  High
quality water activated decals are included for three aircraft. 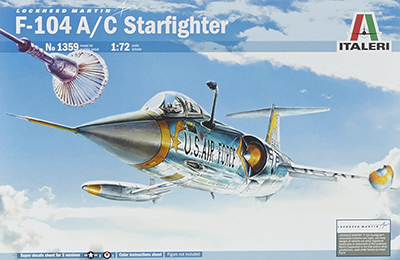 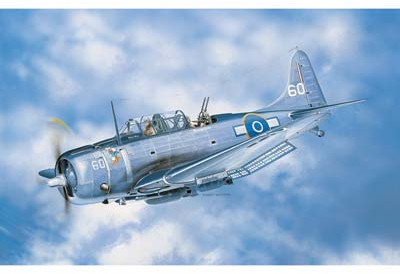 
This is a Plastic 1/48 A-10A Thunderbolt II Airplane from Tamiya.


During WWII the Fieseler Fi156C was used at every front. It had the wonderful ability of taking off and landing over a short distance on both smooth and rough surfaces, and was often used for reconnaissance and liaison. This plane has been added to the 1/48 Aircraft Series as a Milestone 100th Release. When building this model many thoughts on what it must have been like to have flown in the Fieseler Fi156 may come to mind when you are working on its long canopy, broad wing span, and body. This is aimed to be a beautiful edition to its series. Additionally, famed military commanders such as Rommel frequently observed the front lines from the Fi156. A set of 6 figures including a pilot and officer are included allowing you to easily reproduce a variety of scenes such like Rommel giving instructions to a staff officer. The Storch was closely regarded by many in the German military as a fellow soldier. Other 1/48MM series can be added to build a diorama beyond genres which would be pleasurable.

This is an plastic model kit of the Fieseler Fi156C Storch.
This model shows the Fi156C's ability to take off and land in restricted areas.
The main wing joins the Fieseler Fi156s delicate body at the canopy which is molded to the metal main wing spar and stilt.
A choice of 3 kinds of canopies, belly tanks, and skis for winter. From the many extra parts provided, you are able to build a Fieseler Fi156C to your own liking.
Choice of an open or closed embarkation hatch, as well as the position of the main wings flap, up or down.
Has 5 kinds of markings for either General Rommels embarkation plane or the Mussolini rescue plane.
Comes in a "Milestone 100th Release" package.
Length 202mm, Wing Span 297mm.


Sketched out in a New York city hotel in April 1940, the North American Aviation Corporation NA73X went on to become one of the best fighters to come out of World War 2. The U.S. Army Air Corps gave it the title of P (for Pursuit) 51, and it was named Mustang by the British. Of the several variations of the Mustang, the P-51D is considered the definitive version and was the first to have the bubble canopy. More "D" models were built than any other variant, with a total of 9,603 being produced. Armed with six .50 caliber machine guns, three in each wing, with 400 rounds for each inboard gun and 270 rounds for the other four, plus underwing pylons for auxiliary fuel tans or 1000lb bombs, the Mustang was a true fighter pilots airplane. At the conclusion of WW2, Mustangs were in operation all over the world, flying in several nations air forces. When the Korean conflict broke out, hundred of F (for fighters) 51"s were in Japan awaiting scraping. Because they possessed too slow speed maneuverability that was absent in the new jets then entering service, the F-51 was ideal to work with Forward Air Controllers (FAC"s) on the ground in Korea. The major drawback to this was the F-51"s liquid cooled engine susceptibility to anti aircraft and small arms fire when attacking ground targets. This caused the Mustang to have the highest loss ratio of any aircraft in Korea. A total of 194 were lost in three years, with only 10 being downed in combat with other aircraft. 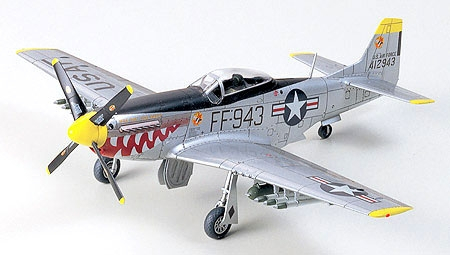 
Officially licensed by the Department of the Navy. Look for the Official Navy Hologram on our Kit. This kit comes in at 1/136 Scale with 20 parts.  The kit comes molded in gray with the clear part for the windshield. Upgraded decals and our Famous clear Swivel Stand. Wingspan Measures 14.5 inches when complete. Skill level 2. Great for a weekend build.

About Your P6M SeaMaster. The Glenn L. Martin Company, builder of the famous China Clipper, and well known for a line of successful seaplanes, designed and built the world's first multi-jet seaplane bomber, the P6M-1 SeaMaster, in the early 1950's. While the jet age was still in its infancy, this remarkable seaplane displayed several advanced features in addition to a flashing performance for such a large seaplane. The SeaMaster was developed for the Navy specifically for mine laying and photo reconnaissance duties, and was capable of operating from nearly any large body of water. To preserve the clean lines of it's sleek hull, the SeaMaster carried its weapons in a unique revolving bomb bay, which rotated to empty it's lethal cargo at high speed, yet retained a watertight seal in the hull when closed. The weapons were loaded through a hatch in the top of the fuselage while the plane rested in the water.

A crew of five operated the SeaMaster, which was armed only with a remotely-fired barbette of twin 20mm cannons in the tail, as its speed was equal to any interceptor likely to attack and the enemy could only approach from the rear. The first flight of this Advanced Patrol bomber took place in July 1955, at which time six YP6M-1 and twenty-four P6M-2 versions were ordered. However, just as production of the big flying boat was getting underway, the program was cut back and only eleven SeaMasters were completed. The last three were P6M-2's with bubble canopies and more powerful engines.

This is the 1/48 Scale U-2c Spy Plane
Plastic Model Kit from Lindberg.
Suitable for Ages 10 & Older.


Tank cracker  Thick, well-sloped armor made the T-34 incredibly resilient to horizontal attacks, but the Ju 87 G-1 was designed to blast the Soviet tanks from above. With a pair of 37mm guns armed with tungsten carbide rounds, the Ju 87 G-1 could blow holes straight through the thin top armor of the T-34. Fortunately for the Soviets, Stukas were vulnerable when caught without fighter escort. Kit features two underwing 37mm BK cannons, pilot and radio operator figures, and four piece canopy. 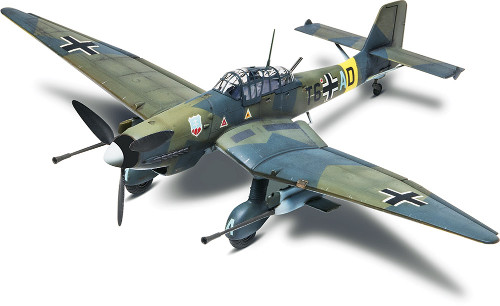 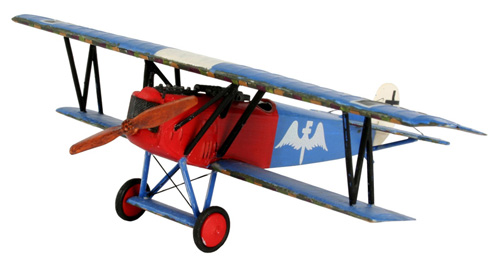 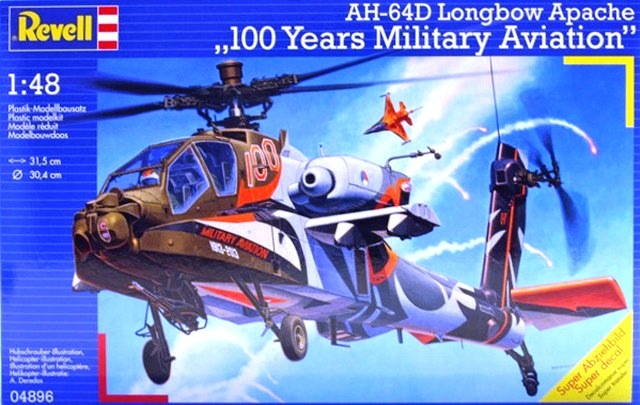 
The AH-64D Apache Longbow is currently the most versatile, advanced and heavily armed attack helicopter in the world. The Royal Dutch Air Force (Koninklijke Luchtmacht / KLU) also operates twenty-nine AH-64D without however the Longbow radar. In 2013 the Royal Dutch Air Force had one of its AH-64D Longbow Apaches decorated in a very attractive colour scheme for the occasion of the KLU centenary. The helicopter carrying the number Q-17 received a colour scheme in shades of orange, gray and black to represent the Netherlands at air shows. During air shows the Royal Dutch Air Force aerobatic team pilots demonstrate spectacular loops, rolls and spins - manoeuvres that are normally unusual for helicopters. The emblem of the 301st Squadron stationed in Gilze-Rijen, home of the Apache Solo Display Team, also shows an arrow drawn in the Centaurs Longbow.