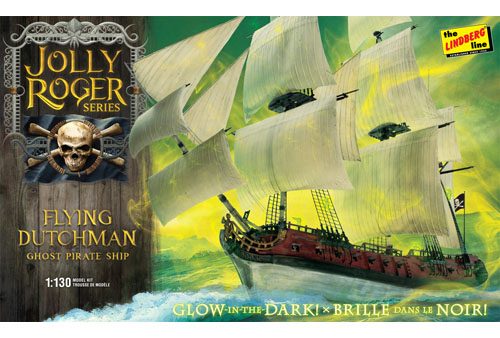 
The Flying Dutchman is a legendary ghost ship that can never make port and is doomed to sail the oceans forever. The myth is likely to have originated from 17th-century nautical folklore. The oldest extant version dates to the late 18th century. Sightings in the 19th and 20th centuries reported the ship to be glowing with ghostly light. If hailed by another ship, the crew of the Flying Dutchman will try to send messages to land, or to people long dead. In ocean lore, the sight of this phantom ship is a portent of doom. King George V reported the ghost ship had crossed the path of a ship he was traveling on as a child. The crew-member that which first spotted the ship fell to his death later that day. 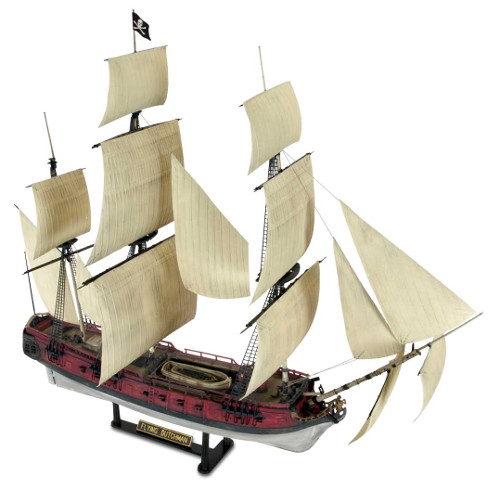 
This proud ship remains synonymous with America's entry into World War II. On December 7, 1941, 1,177 men went down with her. Features: Molded in gray, positionable guns and turrets. Requires paint and glue (not included).


This is the 1/350 Scale German Battleship Tirpitz
Plastic Model Kit from the Ship Series by Tamiya.
Suitable for Ages 14 & Up. 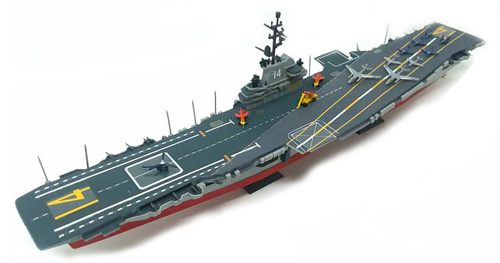 
This battleship was the site of the Japanese surrender in World War II. Features: WWII configuration including scout planes on catapults. Requires paint and glue (not included).


The Iowa Class Battleships were the largest and final great battleships of the US Navy. They included the BB-61 Iowa, the BB-62 New Jersey, and the third ship, the famous BB-63 Battleship Missouri. These ships, which boasted an amazing 212,000hp allowing a 33knots max speed, were armed with massive 40.6cm main guns. The Iowa Class ships stretched 270.4m but were relatively thin, with only 33m max length, enabling these ships to pass through the Panama Canal. Being commissioned in June 1944, the USS Missouri took part in many operations during the Pacific War including bombardments on Japanese mainland and capital. On September 2, 1945, the treaty for the unconditional surrender of Japanese forces was signed onboard the deck of the historical USS Missouri. With the outbreak of the Korean War in June 1950 the USS Missouri was deployed again with the other Iowa Class Battleships for fire support. The USS Missouri was relegated to reserve duty in 1955, but became subject to complete renovation and modernization in 1986 when she was fitted with the latest in electronic weapon systems, cruise missiles and other improvements. In 1991, the USS Missouri was deployed to fight in the Gulf War. Finally, in 1993, after about a half-century of service, this historical Battleship was at last retired.

A plastic assembly kit of the U.S. Navy Battleship Missouri.
1/700 scale
Overall length: 386.5mm
Overall width: 47mm
The long and narrow form of USS Missouri's hull has been accurately replicated.
Missouri's characteristics such as the main structure coupled with the front funnel have been reproduced.
The hull has been divided in two halves in order to reproduce the finest details.
The finest details of the main structure and the masts have been accurately recreated.
The main turrets can rotate after completion via polycap.
Equipment such as armament including 40mm and 20mm guns are sharply reproduced.
Kit includes two types of floatplanes, Vought OS2U Kingfishers and Curtiss SC-1 Seahawks. 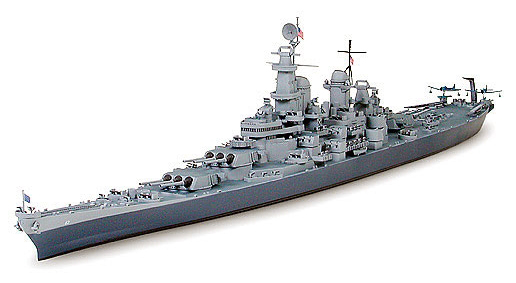 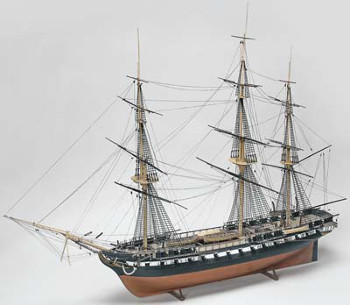 
This model has been discontinued by Revell. Only 1 left.

This is the 1/96 Scale U.S.S. Constitution "Old Ironsides"  Plastic Model Kit from Revell. Suitable for Ages 12 & Up.

This is the 1/350 Scale Pirate Ship SnapTite Model Kit by Revell. Suitable for Ages 8 & Older. 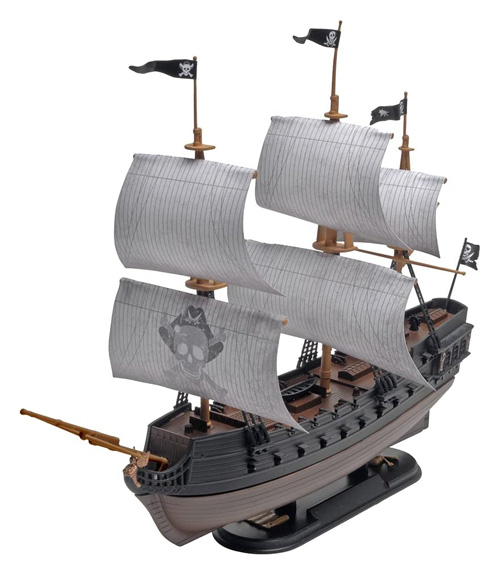 
This is the 1/350 Scale Japanese Yamato Battleship Plastic Model Kit from Tamiya.  Suitable for Ages 14 & Up.


This is model kit of the Japanese Navy Destroyer Kagero. The lead ship of the Kagero class of destroyers included 19 in total.

Key design features of the kit The aft deck features the additional twin 12.7cm gun turret seen on early- WWII Kagero ships (it was replaced by antiaircraft guns later in the war). New parts depict the paravane and loading practice gun, plus an updated deck surface, to accommodate the new parts. The efficient, uncluttered original Kagero deck is captured with great detail. New parts depict the bridge without radar room. Clear parts are used for windows. The early- WWII Kagero mast features less radar equipment than that on late-war ships such as the model kit of the Japanese Destroyer Yukikaze. 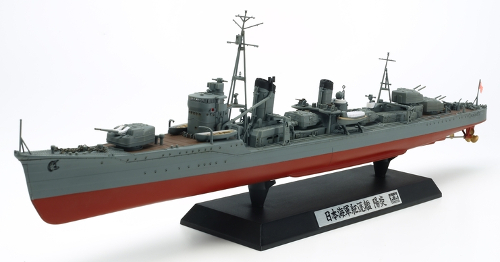 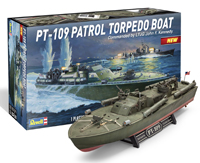 
In World War II the PT (Patrol Torpedo) Boat was a fast, maneuverable and inexpensive attack craft that made a strong contribution to winning the war in the Pacific. The PT 109 was commanded by the United States’ 35th President, John F. Kennedy, Lt. (jg) USNR, and survived being cut in half by a Japanese destroyer. On that frightful night Lt. Kennedy was able to save his entire crew even to the extent of helping one who couldn't swim. 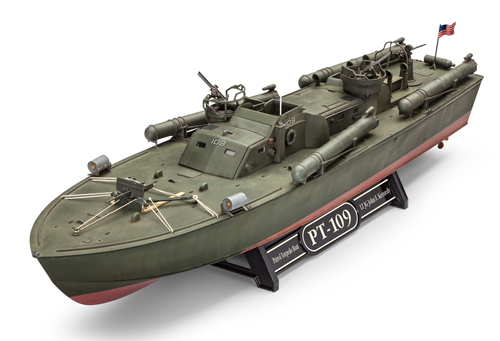