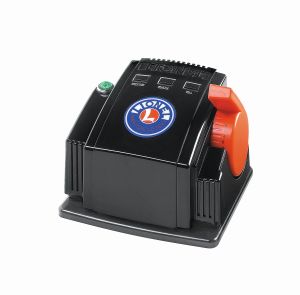 
CW-80 80-Watt Transformer
Enjoy operating your favorite locomotives, train sets, and accessories with the 80-Watt CW-80 Transformer. From the handsomely designed controller, reminiscent of the famous Lionel ZW, you control speed and power by raising and lowering the engineer handle. Operate your favorite features with the bell, whistle/horn, and direction buttons. On the rear of the unit, you will find a 0-18 volt variable AC output, as well as a programmable AC output for accessory operation. Simply set the accessory voltage to your desired output, and your accessory operates at that output until you turn the unit off?even when you stop the train! Perfect for train sets and small- to medium-sized layouts, the CW-80 provides the power you need to enjoy all your Lionel favorites. 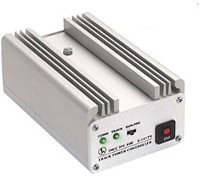 
This is the TMCC Track Power Controller (TPC) 400 from LionelÂ®. 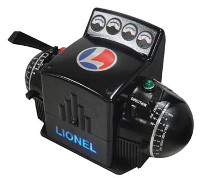 
The ZW-L Transformer features four-handle operation so you can run up to four different trains or accessories at the same time.


The most powerful ready-to-run train set transformer you can find, the Z-1000 boasts 100 watts of power, a U.L. approved design and separate 14v Accessory Ports. Its robust design will provide years of service and power enough to for any starter set to a moderate size layout. Available in many RailKing starter sets or separately, the Z-1000 is the perfect solution for a growing O Gauge layout. 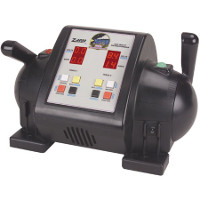 
This is the DCS Remote Control Set  which Includes DCS Remote and DCS TIU from MTH. 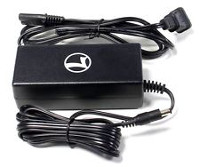 Running multiple locomotives has never been easier! Use this single remote to operate any of your LionChief Plus locomotives. Your need for multiple remotes are a thing of the past. It's that simple. Choose to run one, two, or three locomotives at any time using a single Universal remote!

Within seconds at startup, LionChief engines on the track are identified and loaded into the remote memory. Push one of the three buttons on the remote dashboard to run the engine of your choice! Simple as 1-2-3.


DCS users who don't need a conventional transformer and controller can use this 100 watt power supply for small and moderate sized layouts. Featurng a U.L. approved design & separate 14v AC Accessory Port, its robust design will provide years of service, Use the optional TIU/Barrel Jack adapter to make connecting it to the DCS Track Interface Unit quick and easy.


With LCS Wi-Fi, you can operate your model railroad using devices such as the Apple iPad®, computers, smart phones or other Wi-Fi devices. LCS Wi-Fi can create its own independent WiFi network or join an existing one.

Up to 15 Wi-Fi devices can be connected at once. Each connected device requires software written specifically for the LCS system. Lionel's LCS App is available as a free download for the iPad. In addition, Lionel has made the LEGACY & LCS protocol codes available to third party developers.

A Base/No Base switch lets you configure an LCS system without a Lionel command base. Choose this type of installation if you are exclusively running conventional locomotives, but want iPad control over your switches. Or if you are using another type of locomotive control system, such as DCC, but want to be able to use BPC2, ASC2 or other LCS modules to control your layout.

LCS Wi-Fi gets its operating power on the same cables used for data transmission. One 6-81499 LCS Power Supply and DB9 cable is required per LCS installation (even in a "no base" configuration). 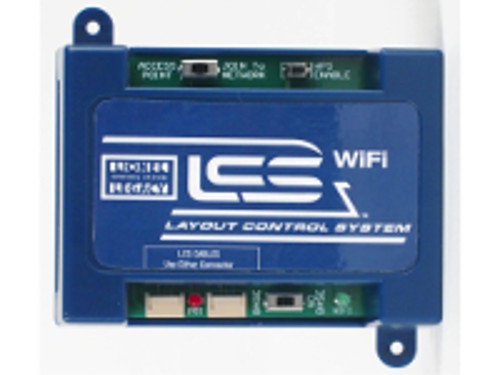